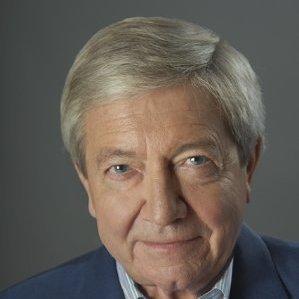 “Coaching is about expanding a leader’s capacity to make a difference with individuals, their organizations and their world. It involves impacting people’s vision and values, and offering them a powerful opportunity to reinvent their thinking and behaviour to create high performing organizations that achieve optimal results.”

Since 2006, Pierre has coached senior executives at the CEO, Senior V.P. and Managing Partner level from a range of industries including finance, technology, energy and resource, manufacturing, health care, professional services firms, and family owned businesses. He has worked with clients on issues of executive and corporate development, change management, strategic alliance and joint venture development and execution. He has facilitated executive team sessions in strategy and business development as well as team building.

Internationally, Pierre was a consultant to and involved in projects of the International Monetary Fund and the World Bank. He also served as Vice-Chairman of the World Customs Organization and was the Canadian representative on the NAFTA Customs Implementation Team, on OECD committees and other international forums.

Pierre was President and CEO of Symcor Services, the document processing company established by Bank of Montreal, Royal Bank of Canada and Toronto-Dominion Bank. He also served as CEO of the Financial Services Ombudsnetwork.

Pierre was Deputy Minister of Canada’s Department of National Revenue. During his tenure with the Government of Canada, he held senior executive positions with the Treasury Board, Department of Justice, Privy Council Office and Health and Welfare Canada. Additionally he served as Secretary General of the Canadian Conference of First Ministers on the Constitution. Pierre has served as director of many private, publicly traded and not for profit organizations.

He holds B.A., B.Ph., and Law Degrees from the University of Ottawa. He was appointed Queen’s Counsel in 1981.

Pierre has been trained as a professional coach through Career Dynamics I.C.F. recognized program. He has also studied Presence Based Coaching through the School of Presence Based Leadership Development.

We help leaders to stand out from the rest and to understand and live by their principles.
You will learn how to challenge the status quo and master the art of strategic and critical thinking.